There are a total of 34 slopes in Ruka, of which 20 illuminated slopes offer the opportunity to ski in the evening. There are a total of 21 lifts, five chair lifts and a six-person RukaExpress elevators. The peak of Ruka reaches 492 meters and its longest slope reaches to 1.3 kilometers. It is impossible to get bored in Ruka - you have multiple routes to choose from. You can ski or snowboard on different slopes and even in the forests around the ski resort!

Families who want to go skiing with children, should head to either Vuosseli Children's Slope or the Kaltiolampi Children's Slope, where beginners will also find easy "magic carpet" lifts made for beginners. Ruka's famous ski school offers instruction not only for beginners but also for anyone who wants to develop their own skiing skills under the guidance of an experienced instructor.

The quality of the slopes of Ruka is partly explained by the fact that it is the official training ground for Finnish alpine and freestyle sports teams in Finland. Thanks to the annual freestyle World Cup, the excellent and well-maintained dormitory is available to all customers outside the competition.

With nearly 30 restaurants and over 7,000 seats, Ruka offers a wealth of options for delicious and evening dining. Whether you are interested in specialties of the local cuisine or familiar international dishes, Ruka's huge variety of restaurants will definitely amaze you - you can find everything from Finnish to Japanese food. In addition to dining restaurants and on-demand restaurants, Ruka has atmospheric ski cafes or cozy after-ski venues next to the slopes. As the evening goes on, Ruka also has plenty of nightlife, as you can try singing karaoke at the Ruka Center and see the best dance moves in Restaurant Piste or Zone nightclub.

The winter season begins in Ruka in October. However, the actual opening ceremony of the winter season will be held later in November, when Ruka will be able to enjoy the concerts of artists and many interesting side events alongside the countdown - before the opening ceremony there are many other events held in Ruka. In the winter, Ruka also hosts the World Cup of Skiing, Ski Jumping and Freestyle Skiing, attracting audience from all around the world.

Christmas and New Year are also a good time to travel to Kuusamo, as interesting events are held in Ruka from the beginning of Christmas to the end of the holiday season. At the beginning of the year you can enjoy beautiful light art at the Polar Night Light Festival or take part in traditional Spring Break events. As the summer approaches, a variety of sporting events are organized at Ruka, offering opportunities for summer vacations such as canoeing, rafting, golf, mountain biking and hiking.

The climate of the Kuusamo area is more continental than the rest of the country, which causes snow to remain on the ground for about 200 days a year. Due to the cold climate, the Ruka ski season typically begins in early October and lasts until May. Most snow falls between February and March, with average snow depths of up to 70-75 centimeters. It is also possible to see the Northern Lights for most of the year, from September to March. In the middle of summer, Ruka can enjoy sunlight for up to 24 hours a day.

How to get to Ruka

When traveling by car or rental car, the distance to Ruka is 240 kilometers from Oulu, 200 kilometers from Rovaniemi and 30 kilometers from Kuusamo. If the car is unavailable, Rukan can also be reached by public transport. There are bus connections to Ruka from Helsinki and the nearest railway stations are in Oulu, Rovaniemi and Kemijärvi. Ruka can also be conveniently reached by plane, as the flight time from Helsinki is only 1.5 hours. During the winter season, there are several Helsinki-Kuusamo flights per day.

After arriving at Ruka, you will be able to get around the ski resort with the free SkiBus, which offers a convenient way to switch between the cottage, the slopes, the ski slopes and the village of Ruka.

Find out more about Ruka here! 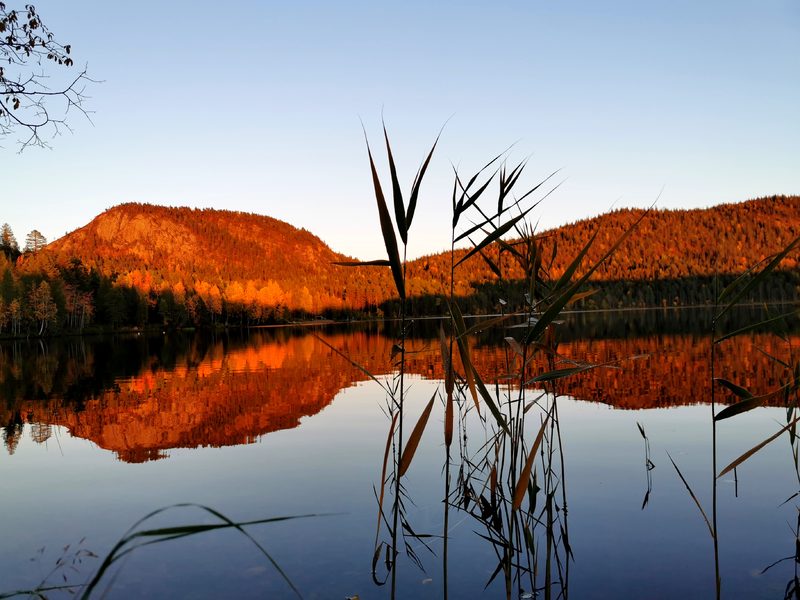 Our natural, peaceful and cozy hotel is located in Kuusamo, on the shores of beautiful Nilo Lake, with high views, yet within walking distance of the center.

The extensive and diverse wilderness areas of Kuusamo and the beautiful waterways make it possible to enjoy sports activities all year round.

You just select the air direction.

You are welcome to join a larger group to stay or even have memorable parties / meetings.

Kuusamo is surrounded by the 4 most famous National Parks, with spectacular scenery and danger.

Kuusamo Airport is 5 km away

Our hotel is easy to come to, you are warmly welcome.